In an overabundance of caution for the safety of staff and patrons, the Fairwood Library is closed August 12 - 17. For more information 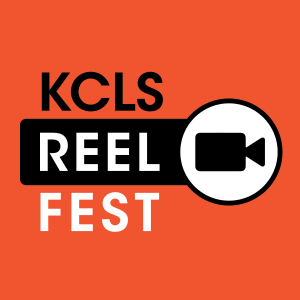 The King County Library System (KCLS) launches KCLS Reel Fest, a new film contest and festival that asks patrons of all ages and filmmaking abilities, “What does the library mean to you?”

Residents in the KCLS service area are invited to answer that question, and share their library story in a two-minute film, for the chance to win up to $1,000 and a slot in the KCLS Reel Fest film lineup in March 2020. Film submissions will be accepted online from October 1, 2019 to January 15, 2020.

“KCLS Reel Fest is a celebration of libraries and an opportunity to let patrons express what the library means to them,” said KCLS Executive Director Lisa Rosenblum. “All KCLS residents are encouraged to make a film about their unique library experience—whether it’s inspiring, funny, heartwarming or life-changing. Get creative, and have fun!”

The top finalists’ films will be premiered this spring at KCLS Reel Fest, a free film festival and awards show where an expert panel of judges will discuss the films and announce the winners. The exact location and date are to be determined, and will be announced on the KCLS Reel Fest website when available.

No filmmaking experience or professional camera equipment is required to make a film and enter the festival. Both amateurs and experts alike are encouraged to submit an entry, and films can be shot on cell phones, tablets or cameras. KCLS will be looking for films that are exceptionally creative, impactful, original and relevant to the question posed, “What does the library mean to you?”

About King County Library System:
Founded in 1942, the King County Library System (KCLS) is one of the busiest public library systems in the country. Serving the communities of King County (outside the City of Seattle), KCLS currently has 50 libraries and more than 700,000 cardholders. In 2011, KCLS was named Library of the Year by Gale/Library Journal. In 2018, residents checked out more than 4.8 million digital eBooks and audiobooks through Rakuten OverDrive, making KCLS the #1 digital circulating library in the U.S. and #3 in the world.