A film contest with cash prizes

A film contest with cash prizes

Watch the top 10 films, and hear from the filmmakers and expert panel of judges!

Congratulations to all of the KCLS Reel Fest winners and finalists, and thanks to everyone who submitted a film!

We Asked, You Answered!

In October 2019, we asked KCLS patrons to show us what the library meant to them in a two-minute film. We received an impressive outpouring of heartfelt library stories. We were all set to premiere the finalists’ films and announce the winners at an awards show in March 2020. But when the COVID-19 pandemic struck, we had to postpone the event.

We had high hopes that we’d be able to share the films  in person later this year, but it still isn’t safe to gather in groups. So, we brought the KCLS Reel Fest Film Premiere and Awards Show to the public online!

What are the rules and regulations? Expand
I still have questions. Who can I contact? Expand

How were films judged? Expand

1. Creativity: How creative did they get with their film?

2. Impact: How powerful was their message?

3. Originality: How distinctive was the film?

4. Relevance: How well did the film answer the question: What does the library mean to you?

KCLS Reel Fest has been made possible with support from the King County Library System Foundation. 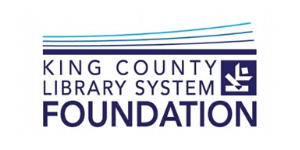