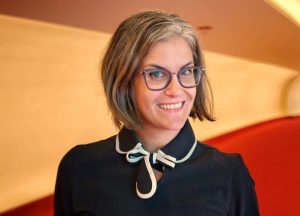 “Christine has extensive experience working in large, complex and diverse urban and suburban environments,” said KCLS Executive Director Lisa Rosenblum. “She’s a passionate advocate for all library users, and we’re thrilled to have her on board.”

Schonhart joins KCLS from the East Coast, where she worked at the Brooklyn Public Library as the Central Library’s assistant director, managing building operations and staff training and development. Prior to that, she was the director of the Gleason Public Library in Carlisle, Massachusetts, and before that, served six out of nine years at the Boston Public Library as the director of branch services. Schonhart has also worked as a children’s librarian, adult services librarian, and a reference and cataloging librarian.

“I’m excited to join the KCLS team to take part in creating the meaningful connections that make this one of the best library systems in the country. I look forward to supporting staff as they continue to offer great programs, collections and outreach services,” said Schonhart. “I know it’s the darkest time of the year to move to the Pacific Northwest, but I’m eager to get out and about in King County, visit all the libraries, and enjoy the natural beauty that this part of the country has to offer.”

Christine holds a Master of Library Science from the University at Buffalo, and a Bachelor of Science Business Administration from the State University of New York College at Fredonia.

About the King County Library System
Founded in 1942, the King County Library System (KCLS) is one of the busiest public library systems in the country. Serving the communities of King County (outside the City of Seattle), KCLS currently has 50 libraries and more than 700,000 cardholders. In 2011, KCLS was named Library of the Year by Gale/Library Journal. In 2018, residents checked out more than 4.8 million digital eBooks and audiobooks through Rakuten OverDrive, making KCLS the #1 digital circulating library in the U.S. and #3 in the world.