All library locations and book drops are closed. Get the latest updates on borrowing and other services during the coronavirus pandemic.

Greetings, and welcome to another edition of hoopla Film School!

It may be hard to believe, but did you know that today's movie stars weren't always the effortlessly poised and revered icons that we see on the silver screen? And, just like us civilians, some of them maybe even went through an "awkward phase"? It's true! The only difference is, their awkward phases have been immortalized in celluloid for all to see. Check out these old school titles from hooplaopens a new window, and revel in the silly haircuts and ridiculous fashions of yore! 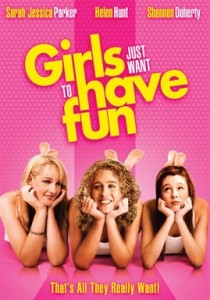 Girls Just Want To Have Funopens a new window

Before Sex and the City and Mad About You, Sarah Jessica Parker and Helen Hunt starred in this '80s classic as Janey and Lynne, two dance-crazed teens trying to make it on to their favorite show, "Dance TV". Will their dreams of stardom be thwarted by their arch rival, duplicitous mean girl Natalie? Will Janey win the heart of her reluctant dance partner, a brooding Bruce Springsteen-type with a penchant for muscle tees? Most importantly, will any of them ever run out of leotards and legwarmers? There's only one way to find out! 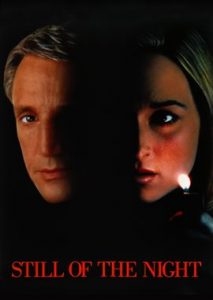 Still of the Nightopens a new window

Meryl Streep (and her suspiciously immaculate hair) star in this atmospheric, Hitchcock-inspired thriller set in the extravagant world of New York City's antique auction houses. Roy Scheider plays a hard-boiled psychiatrist who becomes an unwitting part of a murder case when one of his patients turns up dead. He soon finds himself falling for Brooke, his late patient's enigmatic, thoroughly Hitchcockian mistress...and the detectives' prime suspect! 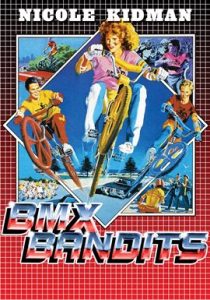 A freckle-faced Nicole Kidman makes her feature film debut in this goofy Australian caper about a trio of bicycle-riding teens. After stumbling upon a hoard of stolen police walkie-talkies, the BMX Bandits attempt to pawn the loot for money to trick out their bikes. But things don't go quite as planned, and soon they're on the run from a gang of murderous bank robbers who stole the pilfered walkie-talkies in the first place. Truth be told, the plot is a bit nebulous and paper-thin, but it's still worth a watch for the radical synth score and wicked BMX stunts!

The Adventures of Buckaroo Banzaiopens a new window 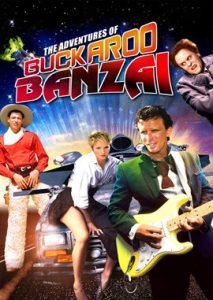 Technically titled The Adventures of Buckaroo Banzai Across the 8th Dimension, this cross-genre classic blends sci-fi, action, comedy, and music in a film that holds up surprisingly well since its 1984 release. A pre-Robocop Peter Weller stars as Buckaroo Banzai, a neurosurgeon/nuclear scientist/rock star called upon to save the world from a hostile alien invasion with help from his bandmates, the Hong Kong Cavaliers. John Lithgow plays evil mastermind Dr. Lizardo, and Jeff Goldblum has a scene-stealing role as Dr. Sidney Zweibel, a fellow neurosurgeon who sings, dances, plays the piano, and dresses up as a cowboy!