I'm going to let you in on a secret: despite being a pretty extroverted person with a meaningful social life, I sort of hate going out on the weekend. At the end of a long work week, I just don't have the energy to brave the noise and crowds and traffic that accompany raucous city nightlife. I'd much rather welcome the weekend by curling up on the couch in my softest flannel pajamas and firing up a movie...or two...or three.

Luckily, our streaming movie service hoopla, opens a new window is teeming with films that are the cinematic equivalent of a warm wool blanket. Hunker down for the night with one of these cozy features and savor the tranquility of a quiet evening at home! 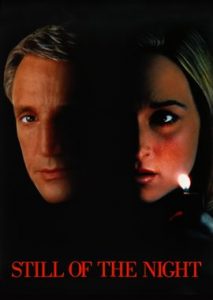 Still of the Night, opens a new window

Meryl Streep (and her suspiciously immaculate hair) star in this atmospheric Hitchcock-inspired thriller set in the extravagant world of New York City's antique auction houses. Roy Scheider plays a hard-boiled psychiatrist who becomes an unwitting part of a murder case when one of his patients turns up dead. He soon finds himself falling for Brooke, his late patient's enigmatic, thoroughly Hitchcockian mistress...and the detectives' prime suspect! 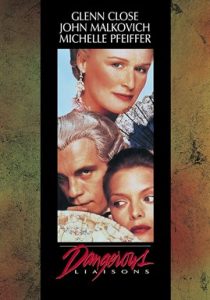 Last time I watched this movie, Seattle had been hit by a rare snowstorm and the whole city seemed to shut down for the day. My friend came over with freshly baked sugar cookies, and we spent our unexpected day off stuffing our faces and losing our minds over this opulent, borderline campy period piece set in the royal court of 18th century France. The costumes and cinematography are absolutely spectacular, the dialogue is searing and razor sharp, and the cast is a dream come true. The scenes between Glenn Close's Marquise de Merteuil and John Malkovich's Vicomte de Valmont absolutely seethe with equal parts lust and rancor. I highly recommend pairing it with sugar cookies! 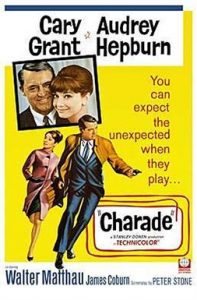 Here's yet another movie I associate with inclement weather and baked goods! On an exceptionally wet and dreary afternoon two summers ago, my beach plans had to be placed on hold and I decided to make the most of it. I went to a French bakery in my neighborhood, stocked up on every flavor of macaroon, and spent the day in a 1960s Technicolor Paris with Audrey Hepburn and Cary Grant. In this charming comedy caper, Audrey Hepburn and Cary Grant are on the run from a trio of villains who think Hepburn is in possession of a large sum of money inherited from her recently murdered husband. As the plot careens and twists and turns, Hepburn and Grant keep the viewer rapt and delighted with their witty repartee and irresistible comedic chemistry. 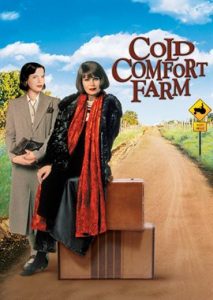 Who knew that Midnight Cowboy director John Schlesinger could make such a silly, surreal, Gothic comedy like this little gem? In this hilarious send-up of rural English melodrama, a perfectly cast Kate Beckinsale plays a recently orphaned young woman who goes to live with her eccentric family on a rundown farm. When you're not cackling at the wickedly clever dialogue and amazing ensemble cast (Ian McKellen! Stephen Fry!), you'll be gasping at the shots of the lush English countryside and Beckinsale's gorgeous 1930s fashions. 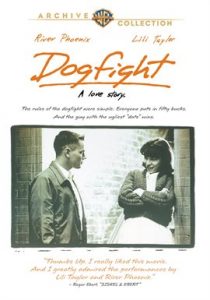 In this haunting and poignant love story, River Phoenix plays Eddie, a young Marine spending one last night out on the town before shipping off to Vietnam in the morning. To mark the occasion, his fellow Marines decide to hold a "dogfight", an impossibly cruel contest in which they pool their money, rent a bar, and have a competition to see who can find the most unattractive date. It is under these appalling circumstances that Eddie meets Rose, played with ferocity and vulnerability by the inimitable Lili Taylor. After a tremendously powerful confrontation following Rose's discovery of the "dogfight", Eddie ends up spending his last evening in town with Rose. In less skilled hands, this film could have ended up feeling mean-spirited and pointlessly brutal. Instead, the performances of the two leads and a pitch-perfect script make for a complex and tender romance that stays with you.