Greetings, and welcome to another session of hoopla Film School!

The world of fashion has always been inspired by the world of film. From the arrival of the classic Little Black Dress in Breakfast at Tiffany's, opens a new window to the advent of androgynous women's clothing following the release of Annie Hall, opens a new window, countless style moments have been launched by the wardrobes of characters in the movies. But it's also a symbiotic relationship, with filmmakers getting just as much inspiration for their own work from the unforgettable designers, photographers, editors, models, and muses that rule the dazzling but ruthless fashion scene.

Slip into something that makes you feel fabulous, pour a glass of bubbly, and immerse yourself in a luxurious tale of haute couture at hoopla, opens a new window! 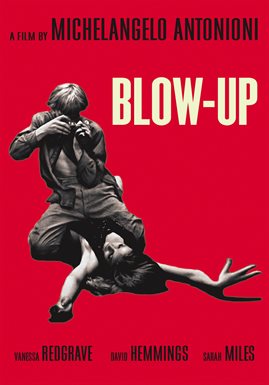 David Hemmings plays Thomas, a tousle-haired, leering Lothario of a fashion photographer who may have unwittingly captured a murder in progress while snapping voyeuristic photos of a couple at the local park. Could the culprit be Jane (played by Vanessa Redgrave), the buttoned-up yet seductive woman that follows him home? Brimming with the grooviest of mod fashions and outrageous cameos from '60s supermodels like Veruschka, Jane Birkin, and my personal favorite, Peggy Moffitt, opens a new window, this psychedelic period classic is a true feast for the eyes and captures the zeitgeist of Swinging London like no other film. 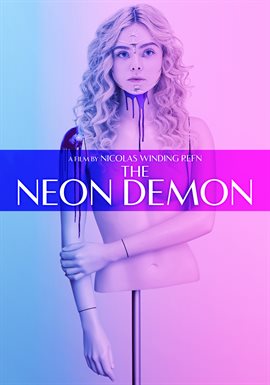 Drive, opens a new window director Nicolas Winding Refn turns the "small town girl in the big city" archetype on its head in this shocking, psychosexual horror thriller. When 16-year-old model Jesse (a magnificent Elle Fanning) emerges as an overnight sensation following her first runway show, she becomes enmeshed in the rituals and rivalries of a cutthroat, youth-obsessed fashion industry that threatens to eat her alive. Although the narrative is frankly a bit of a mess, the film is skillfully redeemed by its arresting imagery and subtle pulp sensibility. 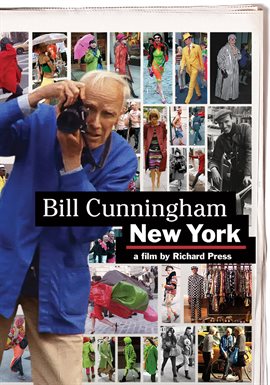 Before he passed away last summer, legendary New York Times photographer Bill Cunningham spent decades tooling around the city on his signature Schwinn bicycle, snapping indelible pictures of New York street style. In this documentary about the late urban anthropologist, we see the city through Bill's unique and democratic eye, where the style of a scrappy, anonymous Club Kid is much more exciting than that of "celebrities and their free dresses". His utter lack of pretension, combined with his genuine affection for the people of New York, make for a poignant story that will change the way you look at your own town. 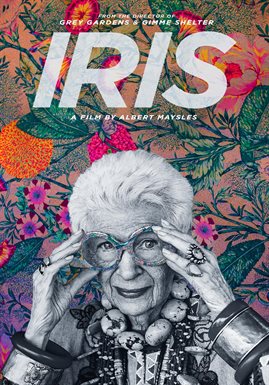 You may not know Iris Apfel by name, but you definitely know her face. In her owlish, oversized glasses and stacks of mismatched bracelets, the 95-year-old "geriatric starlet" has captivated New York with her eccentric style for years. Award-winning documentarian Albert Maysles sheds light on Apfel's unusual, almost mythical life trajectory: after working as an interior designer most of her life, she came out of retirement in her 80s when a museum exhibition of her clothes became a surprise hit in New York. Throughout this revealing look into the world of a paradoxically outlandish yet enigmatic woman, we are treated to Apfel's blunt witticisms, infectious joie de vivre, and of course, her fantastic outfits.