Greetings, bright-eyed scholars, and welcome to another edition of hoopla Film School!

The American high school has long proven itself to be a rich and fertile setting for all kinds of movies, and for good reason: depending on your circumstances, high school could be a place of poignant romance, heart-wrenching drama, or even ghastly horror! With the start of a new academic year just around the corner, it's the perfect time to get back in the school groove with one of these campy movies of teenage tribulation, now streaming at hoopla, opens a new window! 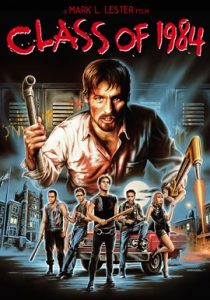 Young music teacher Mr. Norris takes a new job at an inner city high school...only to find that the place is an anarchic, graffiti-covered hellscape ruled by a gang of sociopathic punk rockers! After he gets on the wrong side of the gang's vicious leader, things get real bad, real fast, and Mr. Norris soon becomes a ferocious one man army on a mission to defeat the lawless band of adolescents. Although occasionally mired in excruciating scenes of intense violence, Class of 1984 manages to stand out from other punk exploitation films of its era with skilled acting, a strong story, and a fun, bracing sense of style. 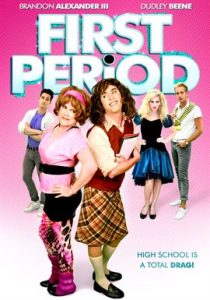 Cassie and Maggie are two lovable misfits with an ardent desire to ascend the high school social ladder and finally achieve mass adoration and popularity. How will they accomplish this? By winning the school talent show, of course! This raucous drag homage to '80s teen movies deftly combines the heart of Romy and Michele's High School Reunion and the witty irreverence of John Waters, with rapid-fire jokes tempered by just the right amount of genuine sweetness. Watch it at your next slumber party! 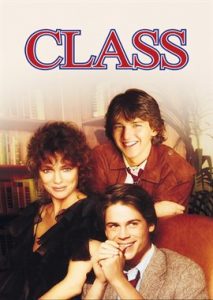 Andrew McCarthy and Rob Lowe play two mismatched roommates at a Midwest prep school: Jonathan is tweedy, naive, and bookish, while Skip is charismatic, handsome, and mischievous. During a weekend visit to Chicago, Jonathan gets picked up at a bar and begins an affair with Ellen, an alluring older woman who thinks Jonathan is a twentysomething Ph.D. student (I guess that's how they downplay the less savory aspects of this highly unethical/illegal "May-December romance"?). But wait, there's a twist! Unbeknownst to Jonathan, Ellen is also his roommate Skip's mother! Try as it might, Class is no The Graduate. But it's extremely entertaining, with an adept cast and a lush, autumnal campus setting. 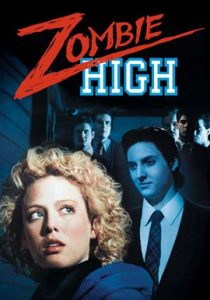 Virginia Madsen (and her awesome perm!) star in this wacky '80s horror relic about a young woman who wins a scholarship to Ettinger, an elite boarding school with a suspiciously clean-cut and vapid student body. Are her classmates just hardcore preppies, or is something more nefarious going on behind the scenes at Ettinger? Spoiler alert: it's something more nefarious! Keep your eyes peeled for appearances from Twin Peaks's Sherilyn Fenn, rocking an impressive array of banana clips and spot-on mall rat fashions, and Ghostbusters director Paul Feig, sporting a New Wave pompadour hairstyle.