The KCLS board made its decision at its regular monthly meeting on Nov. 29 and extended an offer, which Rosenblum accepted. She will begin her new role at KCLS’s Service Center in Issaquah on Jan. 16, 2018. 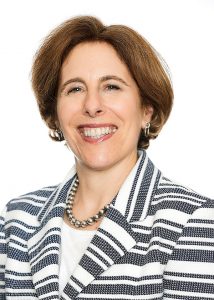 “Our search firm delivered a choice of several qualified candidates. During the interview process, Lisa Rosenblum rose to the top of the list as the person best suited to lead KCLS as we implement our new strategic focus,” KCLS board trustee Robin McClelland, who chaired the search committee, said in a press release. “Lisa is undaunted by challenges, our geographic reach, and our mission to serve our diverse population of patrons. We believe she will strengthen relationships with communities and seek partnerships that share our commitment to innovation.”

Rosenblum has spent her career in culturally diverse and metropolitan library settings on the East and West Coasts. She joins KCLS from the Brooklyn Public Library. There, Rosenblum served as director and chief librarian and oversaw the planning, developing and leading of BPL’s operations and its $120 million budget, according to the release.

Prior to her position at BPL, Rosenblum served as director of library and community services for the City of Sunnyvale in California, where she implemented the use of innovative technology to enhance library services, increased the circulation of materials and augmented eBook collections, the release states. She has also served as director of library and neighborhood services for the Hayward, California, where she led the planning and modernization of library services and developed integrated neighborhood programs. Rosenblum began her career as a librarian, and later training manager, then division manager, of Dr. Martin Luther King, Jr. Library in the San Jose, California.

Since 2008, Rosenblum has shared her strategic leadership, organizational theory and management concept knowledge as a visiting professor and lecturer, respectively, at Pratt Institute School of Information and San Jose State University’s School of Library and Information Science.

“Lisa’s proven leadership abilities and extensive background in library programs, services, technology and innovation will be an immense asset to the King County Library System,” said Stephen Smith, KCLS interim library director, in the release. “She has worked for years with people from all walks of life, which is a great match for our increasingly diverse county. We are very fortunate that she is joining us, and sincerely look forward to her arrival in the Pacific Northwest.”

Rosenblum will be responsible for advancing KCLS’s strategic focus initiatives, including collaborating with civic and business leaders, advancing the library’s literary and technology programs, continuing its excellence in customer service, building a diverse staff and supporting the KCLS Foundation’s fundraising efforts.

“The King County Library System is nationally known as a leader among public libraries. It is an honor to have been selected as the next director,” Rosenblum said in the release. “Many of the innovative programs at KCLS are implemented similarly at BPL so I already feel an alignment with the direction of KCLS and its strategic focus. I would like to continue the direction and help it grow as both an institution and a community asset,” she said.

As the new finance director, Lee will be responsible for steering KCLS’s financial strategies and ensuring the library’s fiscal prudence. Lee will report to Rosenblum.

“Nicholas has a unique combination of financial expertise and management success in the government sector,” Smith said in a press release. “He is the ideal leader to drive an efficient financial strategy for our library system.”

Lee joins KCLS after working as chief financial officer of the City of Snoqualmie for two years. Prior to joining the City, Lee served as finance manager for King County and as senior budget analyst for the City of Bellevue.

“As one of the largest libraries in the country with more than 10 million visitors each year, I am thrilled to be a part of the King County Library System,” Lee said in the press release. “As a taxpayer-funded organization, it is my priority to map and lead a strategy that is financially responsible and responsive to its patrons who have supported KCLS over the years.”

published in the Bothell-Kenmore Reporter