​Catalog maintenance work is scheduled from 9:30pm on April 7 to 12:30am on April 8. You may temporarily be unable to access My Account features, databases, and eBook services. 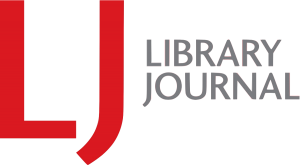 “KCLS is pleased to be named a Five-Star Library for overall service excellence,” said Executive Director Lisa Rosenblum. “And we are equally proud that the beautifully designed Tukwila Library, which serves as an important community anchor, has been recognized as a Landmark Library.”

In its 12th annual review of U.S. public libraries, KCLS is one of five libraries in its category to receive Five Stars from the LJ Index of Public Library Services. Out of the 6,333 public libraries that LJ reviewed for the 2019 Index, KCLS was one of 261 to earn the Star Library title. These ratings reflect overall excellence across six categories, based on per-capita statistics, including: both electronic and physical material circulation; library visits; program attendance; public Internet computer use; and Wi-Fi sessions.

KCLS was named one of six New Landmark Libraries (NLL), out of more than 35 submissions from across North America last year. Launched in 2011, the NLL award celebrates public library design that can “meet today’s challenges and create tomorrow’s opportunities.” According to LJ, each of the 2019 NLL libraries celebrate diversity and bring communities together to share, learn, create and explore, and feature creative, artistic, inclusive and sustainable designs that are the result of extensive economic and cultural partnerships.

In 2010, KCLS formalized a partnership with the City of Tukwila to help establish the Tukwila Village, a multicultural and multigenerational neighborhood center. Designed to reflect the needs of the community, the Tukwila Library was built to serve as a local hub, where residents could find flexible spaces for tutoring and studying, and opportunities to attend live music and art performances, author readings, classes and lectures.

The new 10,000 square-foot, $8.9 million library opened in April 2017, and incorporates innovative and sustainable features that require minimal maintenance over time. Stunning artwork was also integrated into the design, and includes a mural by artist Kelly Staton, and patterned walls that represent maps of the world for visitors to reflect on their journey to the region. Outside, a colorful steel-blade sculpture by Seattle artist John Fleming, titled “Multiplicity,” stands as a 30-foot tall beacon, welcoming residents inside.

“We were inspired by the city of Tukwila’s rich cultural diversity, and set out to create a welcoming space that both services and celebrates it,” said Ryan Bussard, design principal with Perkins+Will, the project’s architect.

To date, the Tukwila Library has received a total of six design awards, including:

About the King County Library System
Founded in 1942, the King County Library System (KCLS) is one of the busiest public library systems in the country. Serving the communities of King County (outside the City of Seattle), KCLS currently has 50 libraries and more than 700,000 cardholders. In 2011, KCLS was named Library of the Year by Gale/Library Journal. In 2018, residents checked out more than 4.8 million digital eBooks and audiobooks through Rakuten OverDrive, making KCLS the #1 digital circulating library in the U.S. and #3 in the world.