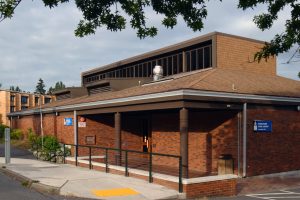 Join the King County Library System (KCLS), community leaders, Friends of the Library and area residents to celebrate the completion of the newly renovated Boulevard Park Library on Saturday, May 18, at 9:30am. Located at 12015 Roseberg Ave. S., Seattle, WA 98168, the day’s festivities will include a ribbon-cutting ceremony; live music by Mariachi Fiesta Mexicana; an appearance from Sammy the Sounder, the Seattle Sounders’ new mascot; sidewalk chalk and crafting activities; and a self-guided tour.

“We are delighted to reopen the Boulevard Park Library—the first to join KCLS 76 years ago— and look forward to serving its residents for many more years to come,” said KCLS Executive Director Lisa Rosenblum. “We thank King County voters for making all the Capital Bond projects possible, and hope you’ll join us in celebrating the culmination of this ambitious improvement program.”

When voters approved the $172 million Capital Bond measure fifteen years ago, KCLS embarked on a long-term Capital Improvement Program. The strong show of voter support funded 17 new libraries, expanded 11 libraries, renovated 15 libraries and expanded two parking lots, providing community hubs for people to gather and learn together, as well as more space for expanded collections, technology, programs and services. Many of the new and renovated buildings also include eco-friendly features, making them more comfortable for patrons, longer lasting and better for the environment.

The library’s new windows, skylights and furnishings provide an impressive transformation to a much-loved community resource. The interior has been reconfigured to create room for a larger collection and dedicated space for children, teens and adults, including two private study rooms, and a bigger meeting room with sliding glass walls that feature artwork by Northwest painter Barbara Earl Thomas, entitled “The Secret Reader.”

About King County Library System:
Founded in 1942, the King County Library System (KCLS) is one of the busiest public library systems in the country. Serving the communities of King County (outside the City of Seattle), KCLS currently has 50 libraries and more than 700,000 card holders. In 2011, KCLS was named Library of the Year by Gale/Library Journal. In 2018, residents checked out more than 4.8 million digital eBooks and audiobooks through Rakuten OverDrive, making KCLS the #1 digital circulating library in the U.S. and #3 in the world.