The sharp crack of the bat when it hits a ball just right, the buzz of the crowd, the sound of hot dog vendors creaking up and down the bleachers and the 'thwack' of a ball slapping a glove: baseball season has started once again! Sun's out, gloves out and, happily, a few choice baseball reads for those of you playing right field. 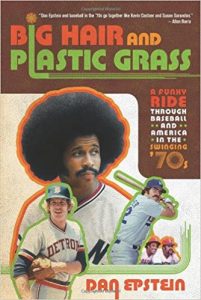 In the 1970s, the American popular culture and counterculture collided head-on with its national pastime, rocking the baseball to its very roots. Outspoken players embraced free agency, openly advocated drug use and often found themselves playing on AstroTurf instead of real grass. The book covers everything from the first generation of fully integrated black ballplayers finishing their careers (such as the greats Hank Aaron, Willie Mays, Willie McCovey, Ernie Banks, and Frank Robinson) to the new sort of team owners & trading practices that emerged in the '70s and still affect the game today. Excellent history lesson if you are new the era in baseball or a nice trip down memory lane for those of you that were shagging balls back then.

The Mental Game of Baseball by H.A. Dorfman 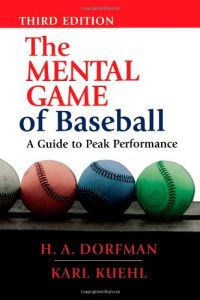 I will be totally honest here: I've always wanted to be a Major League Baseball player and this book, the classic guide to mental performance on and off the diamond, is what I studied in high school while attempting to be a female catcher in an all-boys' league. I still haven't made it to the major leagues yet but I did learn that taking control of and responsibility for your actions will help you make the right plays in baseball and in life. Excellent read for learning more about specific strategies to improve your hitting, pitching, fielding, and baserunning skills. 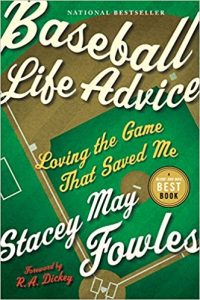 If you too have an appreciation for "the obviously aesthetically pleasing on-field show," this is a great title to peruse. In this series of essays, Fowles celebrates and challenges the role of baseball in her life as a life-long fan of the sport. She follows and analyses historic plays and players while also humanizing the stories behind the games. As the author of the popular Baseball Life Advice newsletter this collection is not new territory for the author--a wonderful grandstand read nonetheless. 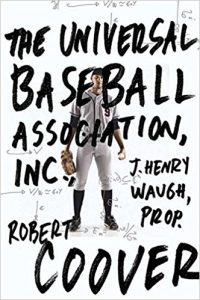 In this fictional work about a fantasy baseball league, the protagonist, J. Henry Waugh, Prop, of the UBA, has developed a world of baseball players in a game he also created. The characters become alive and weave in and out of the life of the middle-aged man's world--at times more alive than he--certainly more interesting than Waugh. The reader is often frightened by the suspenseful heroics of the generated league--questioning the hypnotic tedium of both baseball itself and the fantasy leagues that offshoot from modern sports and social media technology. 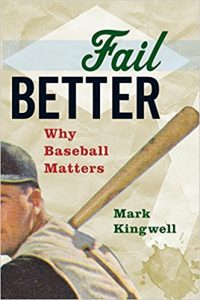 Taking seriously the idea that baseball is a study in failure--for example, a very successful batter manages a hit only three of every ten attempts--Mark Kingwell explores various aspects of the game that teach us about fragility, contingency, and community. Kingwell, a philosopher from Canada, uses argument, memory, and narrative to construct a meditative reflection on being human through the lens of the great American past time.

The Road to Omaha by Ryan McGee 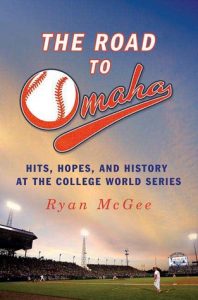 The Road to Omaha provides a wonderful overview of, and insight into, the men's baseball College World Series: the players and coaches, the City of Omaha, and the unique ambiance of the College World Series. This work covers the 2008 World Series in particular, a ten-day, eight-team tournament that was the scene of one of the greatest series in its illustrious history. I particularly love that the author documents what residence at Rosenblatt Stadium was like itself (reliving its rich history and tapping into the electricity around it, from the tailgating fans to the surrounding neighborhoods). What could be better than the hot, humid summer nights of pure Americana--the smells of sticky cotton candy, cleat-stuck clay, and old-wood framed concuses mixing with the hopes of taking home a championship?