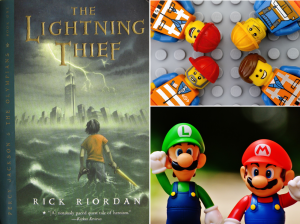 Starting in 2019 at the Carnation Library, every Thursday after school there's something fun for teens and kids.

Every first Thursday, join us from 3:30 - 5 pm for video games and board games. We have old-school fun for the Game Cube, Xbox, and new games for the Nintendo Switch. I should warn you, however, that the pizza goes very fast.

Every third Thursday, the Pizza & Pages middle school book club meets at 4 pm. If we were really doing Thursday justice, the January book would have been Rick Riordan's new Gods of Asgard series, because Thursday comes from Thor. But instead we read, discussed, and played a neat trivia game centered on Riordan's Percy Jackson & the Olympians. We also picked topics for February's meeting!

Every fourth Thursday, the elementary school kids join the fabulous Miss Jen for their own book club. In January we read The Island of the Blue Dolphins by Scott O'Dell. It's always loads of fun, with interesting activities and books. For February we're gong to talk about The Watsons Go to Birmingham. It's a great read. The movie's pretty good too. I wonder which is better?

Island of the Blue Dolphins

The Watsons Go to Birmingham--1963

What about the months with five Thursdays? It's a surprise: something creative and fun featuring the Carnation Library's new Discovery Kits at 4:30 pm.

So stop by the Carnation Library and check it out.