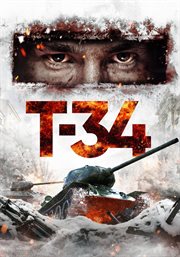 In 1941, the Junior Lieutenant Nikolay Ivushkin comes straight from training to the front. He is assigned the task of defending a small village just outside Moscow against a large number of advancing German tanks with the only tank left in his battalion, a T-34. After shooting down several German tanks, his own tank is also hit and Ivushkin is captured and becomes a prisoner of war. Three years later, the Red Army has come dangerously close to the borders of the German Reich. It is decided that prisoners of war will drive a tank to defend the German borders, without giving them any ammunition for this mission.

Ivushkin is chosen to drive the tank, and is allowed to select his new crew from among the camp's prisoners. When they begin to repair the tank, they find four armor-piercing grenades and two explosive grenades that had been overlooked by the Germans. This gives Ivushkin the hope that they could flee with the tank and make their way into the territory of Czechoslovakia. This fictional story is about the brutal struggle for survival of a tank crew, told in an action-packed war movie, which is replete with special effects.

In Russian with English subtitles. Recommended for ages 15 and older.