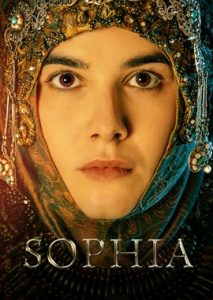 Guest post by a 9th grader at the Shoreline Library. This television show is available on demand through Hoopla.

In eight episodes, history comes alive in this Russian series on Sophia, Grand Duchess of Moscow. The grandiose historical project covers such landmarks as the birth of the Russian state, the war with the Novgorod Republic, the 1474 earthquake, and the withdrawal from the Golden Horde.

The main roles are played by top Russian actors, and the scenery was changed to reflect the 15th century Moscow. Sophia is great series for history aficionados. Recommended from age 13. In Russian with English subtitles.