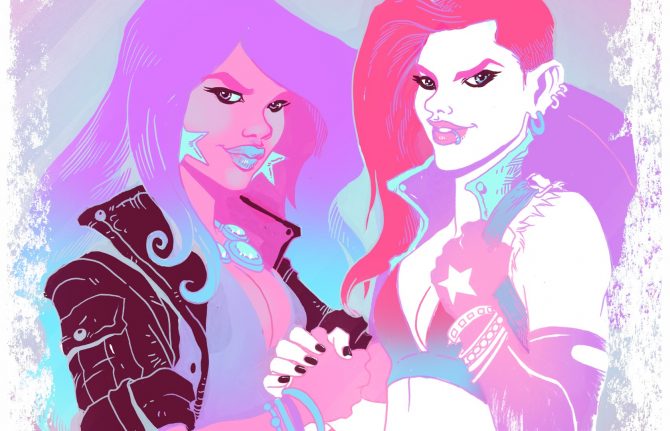 As we head into Transgender Awareness Week and take some time to look at the issues facing transgender and gender non-conforming people, we're likely to find a lot of painful stories. While I don't want to downplay the importance of looking at these experiences, equally as important are the stories about trans and non-binary folks that are on the lighter side, stories about people just living their lives.

Whether it's in normal everyday settings, epic sci-fi adventures, or heartwarming romances, the following titles feature trans and non-binary characters finding support and happiness in the ways that best work for them. While they're by no means free of struggle, they're ultimately uplifting stories about people not just surviving, but thriving.

This sweet, low-angst romance focuses on an irreverent 20-year-old college student and a 40-year-old tech billionaire. I loved how this book takes some standard romance tropes (May/December, rags-to-riches, sexy billionaire) and turns them on their heads, focusing on the unique personal growth of the characters in really sensitive ways. While the story takes a moment to hit its stride, I ended up really falling in love with these two characters and with seeing how they fit their lives together in ways that were authentic to them.

Fast-paced and brimming with enthusiasm, Kim & Kim is a sci-fi comic following two best friends who have just been scraping by as interdimensional bounty hunters until a huge job falls in their laps that sounds be too good to be true but could change everything. How can you say no to something that has robot gorillas, sassy ladies, bright, fun artwork, and a flying 60s Volkswagen van named The Contessa?

Coffee Boy is an endearing novella about a snarky trans man, Kieran, who gets an internship out of college on a political campaign and unexpectedly falls for his uptight boss, Seth. This one is such a sweet little nugget! I love how even though Seth is serious and prickly on the surface, deep down he's a truly good guy who stands up for Kieran when others are ignorant or insensitive.

I feel like the author's bio really tells you something about the mood of Chameleon Moon when it says that "RoAnna Sylver writes unusually hopeful dystopian stories about marginalized heroes actually surviving, triumphing, and rocking really hard." This one gets dark, but despite the heavy stuff going on, the moments of comfort and support between the characters really balance the scales.

Matthew J. Metzger is great at fantastic dialogue and authentic characters and often writes stories about established relationships on the edge of big turning points. Here we have Erik and his husband Andreas who has just given birth to a baby girl. The story follows their first year with the new baby, showing both their struggles, especially with the emotional and physical consequences of Andreas' pregnancy, as well as their immense love.

Quick, rollicking caper that takes the once real-life plans of the US government to breed hippos for meat in the south, and imagines an alternate history where cowboys have hippos for steeds and southern Louisiana is infested with ferals. One of the characters in this ensemble cast is an awesome and deadly poison expert who uses they/them pronouns.