Since its release in April of last year, Kendrick Lamar's groundbreaking album, DAMN.opens a new window, has been in heavy rotation on my stereo and in my conversations (ask any of my friends who have had to listen to me go on and on about it). Even now, over a year after its release, I find myself continually revisiting the album and its rich, piercing lyrics, which still remain dynamic and relevant after the billionth listen. Once I heard that Lamar earned a Pulitzer Prize for the albumopens a new window, I decided to engage in two of my favorite activities: close-reading Kendrick Lamar lyrics and creating reading lists (NERD ALERT)!

So, if you're looking for a reading list to go with DAMN., I've got you covered, track by track (with a full list opens a new windowat the end of the post)! 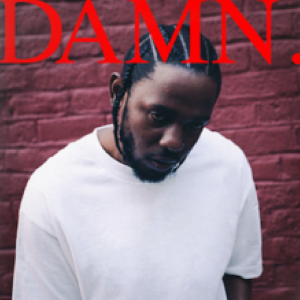 This collection of Walker's poetry conveys the confrontation of joy, pain, grief, love, and transformation in a way that encourages us to dive deeper into conflicts (within ourselves and with others) and learn from them. This reminded me of the way that Lamar engages with conflict in this first segment, which ends with a gunshot and an audio sample of Fox News correspondents criticizing Lamar's views on police brutality. In the words of Alice Walker: "This we know:/ We were/ not meant/ to suffer/ so much,/ & to learn/ nothing."

Something that I love about both this track and this novel is the skillful way in which these writers entwine the past and present into one narrative. In Beloved, Sethe wrestles with psychological scars from her unthinkable past in slavery (among other things), while in "DNA.," we hear about Lamar's upbringing in Compton (among other things). Both Beloved and "DNA." suggest that you cannot truly separate the past and the present, that heritage (and trauma) survive longer than we do.

The title of the track "YAH." refers to "Yahweh," a Hebrew word for "God" (which you may also have seen mentioned in relation to Rastafarianism as "Jah"). This song felt richly Afrocentric and made me think of Stokely Carmichael (Kwame Ture), who speaks about his views on Black Power and Pan-Africanismopens a new window in this collection.

Invisible Man, Got the Whole World Watchingopens a new window

This track, as well as the book I chose to go with it, is all about what it's like to grow up as a Black man in today's America. The book tackles Black masculinity in the face of the deaths of Trayvon Martin, Michael Brown, and more. What is it like to grow up and live in this "element" and what does it tell us about race relations in America? Kendrick Lamar and Mychal Denzel Smith both tackle this heavy subject.

The Rose That Grew From Concreteopens a new window

On this track, listeners experience Kendrick Lamar's world and, while it definitely gets personal, it also brings into focus a broader view of his background in Compton (a world established by OGopens a new window West Coast Rappers like Dr. Dre, Snoop Dogg, N.W.A., and others). 2Pac clearly had an influence on Lamar, and the tone of 2Pac's poetry collection resonates deeply within this track, which is why I chose it. Lamar directly references 2Pac here, yes, but even if he didn't, the strong influence of 2Pac's work on Lamar's music is clear, especially in "FEEL.".

P.S. Speaking of Black Panther, have you listened to this album yet??opens a new window

In "PRIDE.," we hear a lot about the contrast between ideals and actions, a theme that Lamar revisits throughout the album, and I thought the perfect book pairing would be the Black Lives Matter memoir, When They Call You A Terrorist. This memoir, by one of the co-founders of the Black Lives Matter movement, reflects on the ways that the movement's humanitarian ideals were interpreted by some as terrorist in nature. We hear the phrase "in a perfect world" repeated in this track, and it seems to echo throughout this memoir as Patrisse Khan-Cullors talks about events like Trayvon Martin's killer going free in 2013.

In "HUMBLE.," Lamar challenges his competition with a track that is unapologetically boastful and that demands attention to Black culture. Lamar talks natural hair, stretch marks, and more, and he even does so with a hint of humor that makes me smile widely and giggle occasionally when Lamar makes a particularly acute jab at society. I found myself doing the same thing as I read Phoebe Robinson's book, which addresses similar issues with her signature wit and honest vulnerability (which also comes through in Lamar's lyrics on this track).

"LUST." addresses the lust that people have for money, sex, fame, and other vices that can turn a glamorous lifestyle into monotony. Thematically, Lamar also explores sexuality and erotic power, which brings me to pair this track with When Chickenheads Come Home to Roost. Joan Morgan, a self-proclaimed "hip-hop feminist," takes on these themes and others as they relate to her experiences as a Black woman navigating the world. Specifically, in one essay, she comments on how "deeply wedded money, sex, and power are to our notions of male and female identity." This is what made the pairing of "LUST." and this book feel so on point.

"LOVE." (in my mind) is Kendrick Lamar's ode to the females in his life, and it feels like a celebration of women that give him a "run for [his] money." I chose Eloquent Rage to go with the track because Brittney C. Cooper (the founder of Crunk Feminist Collective) addresses the image of the "angry Black woman" through the lens of pop culture and her personal history, and looks to re-frame that common narrative.