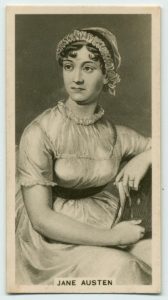 A new study just came out from the Universities of California and Illinois citing that female representation in fiction was better during the Victorian Era than it is today. Researchers found that "women authors wrote 50 percent of works published in English in 1850, but that percentage had dropped to just 25 percent by 1950." They also found that because there are less female authors in this modern age, there are less female characters being written about in the current decade.

I have read many great books over the past few years written by women with female main characters. There might be less representation of female authors compared to the 1850s, but those that are writing in this modern age are doing so with integrity and intelligence. Women now write about diverse families, immigration issues, finding your true identity and female friendships. These modern authors are developing thought-provoking characters that speak to the current political, social and cultural climate in a way that is relatable and readable. So, there may be fewer, but they are strong and proud.

Female WWII pilots crash in Nazi-occupied France and must keep secrets or tell lies to survive. At the core of this story is the importance of female friendship, and the loyalties we carry with us for those we love.

Fabiola is a Haitian immigrant who has to find her footing in a new place, new school and with relatives she has never met. Written with beautiful language, you can't help but root for Fabiola as she grapples with all that goes with being an immigrant in this country.

It's hard to talk about this book without giving anything away, but if you enjoy twisty plots, unreliable narrators, and women taking charge of their lives then you should check out this book. Genuine Fraud also looks at the prejudices of social class and the huge lifestyle differences between those that have money, and those that do not.

This haunting novel takes a disturbing look at what people are willing to do for beauty, and how women are often the victims of its standards.

I enjoy all A.S. King's novels, but this is perhaps my favorite and it all has to do with Vera. Vera is able to describe her teenage angst about her best friends death and her touchy relationship with her Dad in a smart, witty and cynical manner. She jumps off the page and forces you to listen.