Welcome to your teen book horoscope. In this blog series, I look at the current zodiac sign and suggest books based on the traits and characteristics assigned to that sign.

This month we look at Aquarius, the zodiac sign for people born January 20 - February 18. 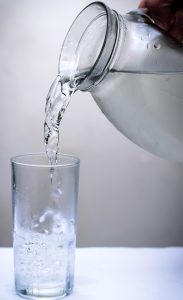 Eccentric and original, strive to make the world a better place, social, artistic and a creative problem solver, able to see both sides of a situation, hates broken promises and authority figures, likes working in a team

Whether you’re an Aquarius or can just relate to these traits, these teen books might appeal to the water bearer in you.

A Song of Wraiths and Ruin

Malik and Karina both have plans to kill each other for different reasons. Malik is a refugee whose sister was taken by an evil spirit. He strikes a deal to kill the kingdom's Princess in exchange for his sister’s freedom. Karina is a grieving Princess. Her mother was killed, and Karina decides to use black magic to bring her back, which requires a human heart. As Malik and Karina plot to kill each other, they also find themselves falling in love, questioning everything they know. Aquarius readers will enjoy seeing both sides of the story through alternating perspectives.

How to Pack for the End of the World

The Eucalyptus Society is a diverse group of teens who all fear the end of the world is coming. They meet in an underground shelter to teach each other survival skills and test their skills. The characters all share Aquarius traits. The teens are eccentric, creative and bond over their shared fear. Soon drama, romance and secrets threaten to destroy their friendship. The themes of brotherhood and distrust of authority will appeal to Aquarius readers.

Eric is an original Aquarius who expresses himself through cooking and ice skating. Eric is also a team player, which is good because he just joined his college's ice hockey team. As Eric gets used to life with jock teammates and brutal practices, he worries his team won't except him once they know he’s gay. This colorful graphic novel is heartfelt, witty and full of sport action.

Louisa wants to make the world a better place during WWII, so she moves to Scotland to help care for an elderly woman. When she finds a machine that deciphers German code, Louisa decides to use it to help the war effort. Louisa uses the Aquarius traits of teamwork and creative problem solving to evade the German army and break the enemy codes.