There's no easy way to digest what we're seeing in the news right now, and, at times, even the thought of doing so can be really daunting. There are (more than) a couple of ways that we can handle this overwhelming feeling: While some of us have the privilege to ignore it, pretend it doesn't exist, hide from it, some of us don't. Another option: we can face it, and by doing so create an opportunity to engage with it. Maybe we can even change something. At the very least, we can learn something. Here's a compilation of some materials that I have been surrounding myself with while exploring the #BlackLivesMatter movement. This is in no way a comprehensive list, but rather a few suggestions to guide you if you're trying to find a place to start with this movement. There are a lot more resources for material to educate yourself on these topics, so I've also included a number of other links at the end of the post if you're interested in further exploration.

The Fire Next Time

James Baldwin writes two letters in The Fire Next Time: one addressed to his nephew, and one addressed to nobody/everybody from a "region in [his] mind." Both speak to the experience of the "American Negro" in powerful ways that are still startlingly (but not surprisingly) relevant in our current political and social climate.

Citizen was one of the best things I read last year, hands down. Claudia Rankine presents a collection of poetry that is a testament to the onslaught of racial aggression that is all too familiar to us in the news today. To say it's impressive is an understatement.

Between the World and Me

In this work, Ta-Nehisi Coates speaks to a larger theme of racial tension in America, but he does so in such a tender and personal way, in the form of a letter to his son. Much like Baldwin's work does, it brings to light the experience of the Black man in contemporary American culture. 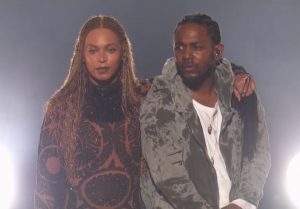 Check out this video of Beyoncé and Kendrick Lamar opening this year's BET Awards with their charged performance of "Freedom." In addition to being stunning visually and musically, it also brought the #BlackLivesMatter discussion to the forefront for mainstream television viewers.

This documentary chronicles the story of five minority teenagers who were wrongfully convicted of brutally raping a white woman in New York. It sheds light on our country's approach to crime, race, and social inequity.

This film compiles 16mm footage from the Black Power Movement between 1967 and 1975 and includes material from leaders of the movement, like Angela Davis and Stokely Carmichael.

To Pimp A Butterfly