Whether it's the latest rumor about Facebook stealing your photos or the warning you got from a friend-of-a-friend about razorblades in the Hallowe'en candy, how do you know if it's bogus, outdated, or just plain wrong?

Here are few tips to help you OUTSMART THE INTERNET:

1. Consider the distance from the source, (or: Where did the information originate?)

The classic hallmark of an urban legend is FOF, or friend-of-a-friend. Something happened, not to you, not to your friend, but to a friend of your friend. Online, your "friends" may not be people you actually know. They may not even be real people. Don't make choices based on FOF until you've done some checking around.

If the post you see says that something terrible will happen "tomorrow" or occurred "last Thursday," be suspicious. Police reports and newspaper articles have dates. Rumors don't.

The classic "52 thoroughbreds going to slaughter" was a real thing, but it was resolved in 2011. Those horses are going to die of old age before the panicky email about them ever does.

Just because everyone says a thing or posts a thing on social media, doesn't make it a true thing.

Your mom was right: "if everybody jumps off a bridge...."

If it seems too good to be true, it probably is. That nice Nigerian man is never going to give you huge amounts of money for helping him liberate money from his dead uncle's bank account. (Do you even know anybody in Nigeria?) The FBI calls these "Advance Fee Schemes" and people fall for them all the time--losing their own money in the process. Don't be one of the losers!

At the opposite end of the spectrum, don't believe every bad thing you read about public figures. As extreme as some celebrities and politicians may be, none of them have done everything they are accused of doing.

So, what CAN you do?

Maybe you don't have time to call the library (always a good choice) to verify stuff before you post it.

A Google search is quick, so start with that. Typing in "52 thor---" this morning brought Google's offer to find information about "52 thoroughbreds hoax." That's what we in the industry call a "clue." 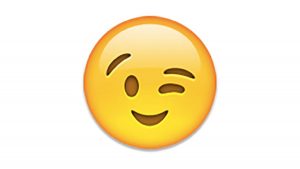 Better yet is Snopes.com, opens a new window. Snopes is run by two researchers, Barbara and David Mikkelson, plus a small staff of info-geeks. They don't work for a particular political party (David is registered Republican, BTW, and Barbara is a citizen of Canada) and they do excellent work. Their reports are factual, readable, and often presented with a crumb of humor.

Both are excellent sites to verify political information. Both organizations have begun fact-checking political speeches and debates in real time, which is a huge thing.

If there's something niggling the back of your mind that says, "hey, what if this isn't true?" it's probably a good idea to leave it where it fell and back away.

You can be smarter than the Internet. Act smart, because you are.