It's about that time again where I go out of the way to try and scare the pants off myself. As the days cool, my tastes change to the deeper, the darker, the more intense. While horror movies are a surer way to get some major jump scares, I love how reading creepy comics can capture a subtle atmosphere in the cobwebs of my mind, the horror seeping in around the edges as I go about my day.

Here I've highlighted a handful of digital comics that contain creepy, satisfying, and easy-to-follow stories that are written and drawn lovingly in all their morbid detail by some of the best of the genre. The great thing? They're all available instantly when you log in to hoopla, opens a new window with your library card! 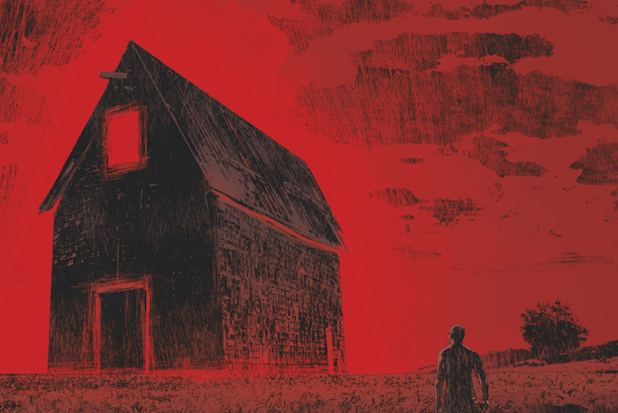 I'm going to kick this off by highlighting Gideon Falls, a dark fantasy horror that deals with a mysterious fight for the soul of a small town. It is so full of intriguing elements—a sinister barn, glowing red doorways that lead to who knows where, murder, a semi-disgraced priest, a group of folks trying to stave off evil. I was completely hooked from the start!

Infidel is a unique, modern horror story with dark, gritty illustrations, diverse characters, and compelling political undertones, that centers on an American Muslim woman and her neighbors as they wrestle with the beings that haunt their building and feed off xenophobia. 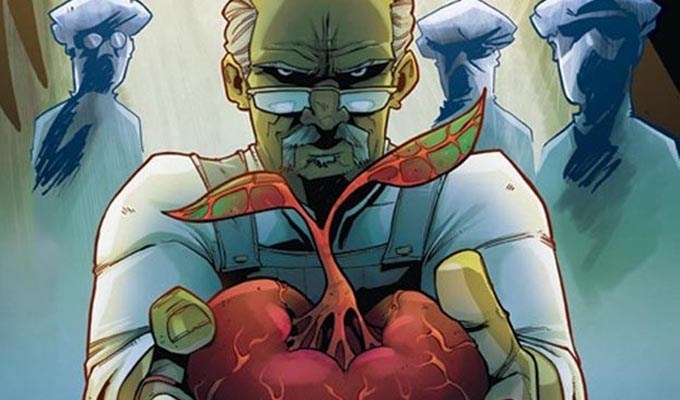 Farmhand is a delightfully twisted comedy horror by Rob Guillory, the Eisner-winning co-creator and illustrator of the long-running series Chew. It follows Jedidiah Jenkins, a farmer of plants that grow human organs... as well as something potentially more sinister. This is a good one if the term “wacky goriness” sounds like your jam!

Equal parts horror, noir, and dark thriller, The Black Monday Murders shows us a world where our largest financial institutions are run by an Illuminati-like secret society that get its power from an ancient, dark source. Dripping with blood and intrigue, this well-executed story really takes its time developing a rich, immersive world.

The Man Who Came Down the Attic Stairs is a short story that follows a new mother who’s starting to suspect that something may be very wrong with her husband. This one would be great for anyone who enjoys the subtle but deeply chilling horror of Shirley Jackson.

The Man Who Came Down the Attic Stairs 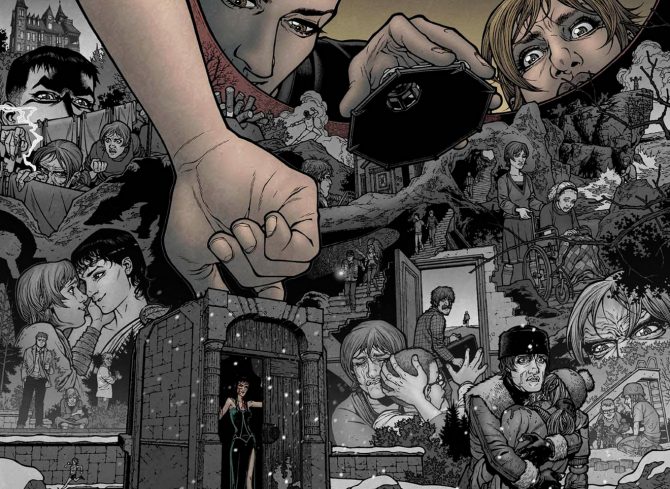 Since I'm talking about horror comics, I simply can’t leave out Joe Hill's fabulous 6-graphic novel epic Locke & Key, which is set to premier soon on Netflix as a 10-episode series. The story centers on a family that moves back to their old family manor after tragedy strikes and find that the house contains a collection of strange, supernatural keys, and a creepy well-house that's not entirely unoccupied. Spooky Lovecraftian horror at its best! 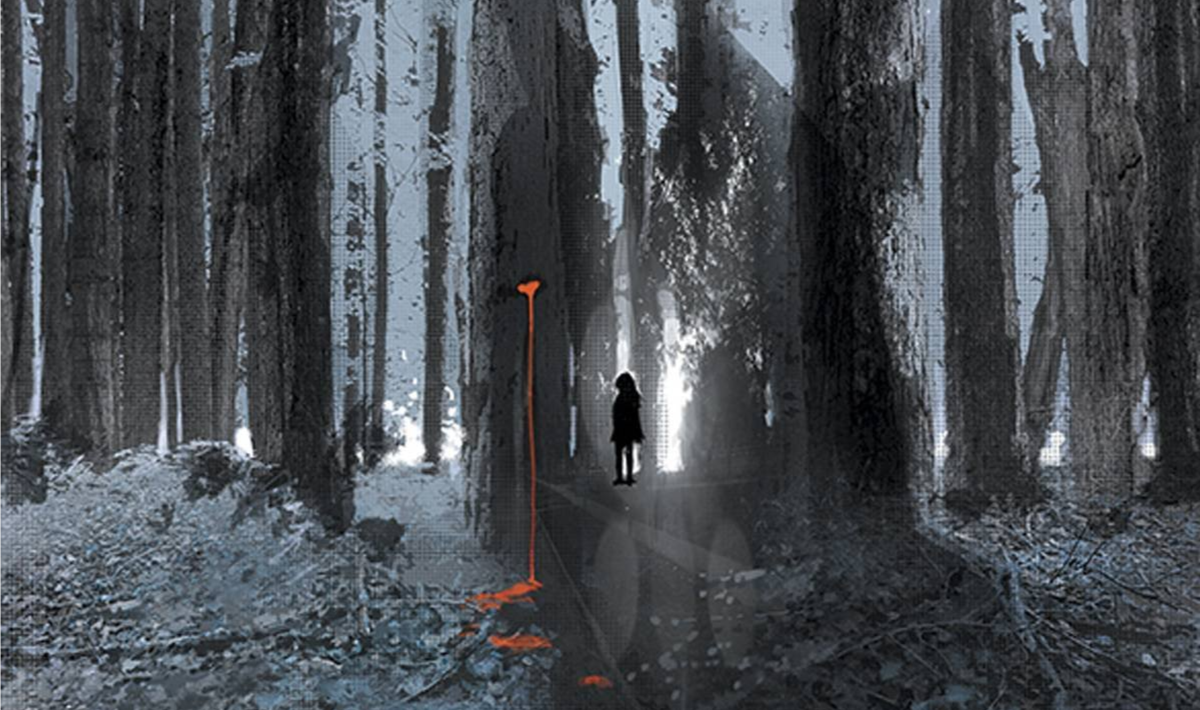 There are so many Scott Snyder titles I could put here (American Vampire, The Wake, The Batman Who Laughs), but the standalone graphic novel Wytches is still my all-time favorite. His comics somehow always manage to feel like horror movies translated to the page, but Wytches, in particular, has the artwork and sinister atmosphere to take it to a whole other level of unnerving. 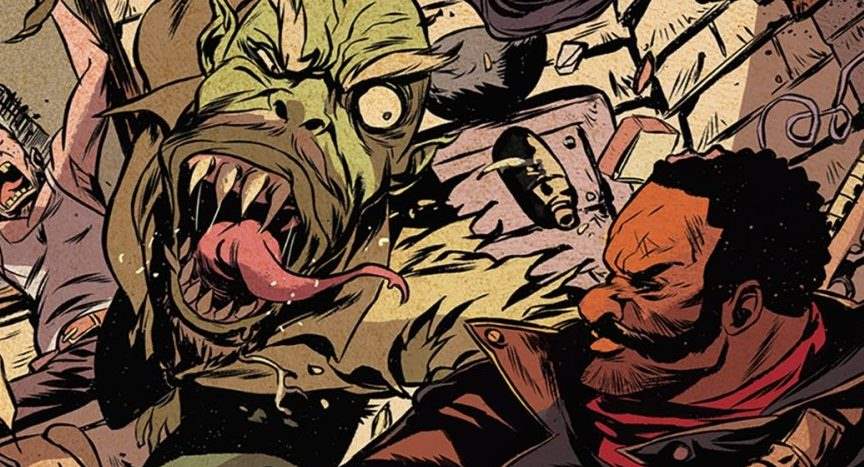 Set in Harlem in the 1920's, Bitter Root is a dynamic, fast-paced action horror tale that follows a Black family of underground monster hunters that fights people who have been corrupted by their own hatred and turned into creatures called Jinoo. 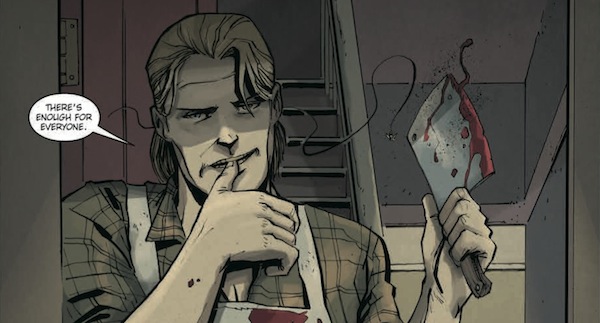 Nailbiter is a complete, 6-volume story set in Buckaroo, Oregon, a fictional town that has turned out 16 different serial killers over the past several decades. One of those killers is Edward "Nailbiter" Warren, who's back home after being strangely acquitted at trial even though everyone knows he committed the twisted murders he was accused of. Who's protecting him? What could be causing so many of Buckaroo’s citizens to turn bad? Why is there only one FBI agent looking into the town? So many fascinating questions!

Check out the full booklist for even more great horror comics!