Back in the mid-1990s, I was a movie-obsessed teenage malcontent who practically lived at the local library. I'd take the bus there every Saturday morning to pick up my holds, invariably a towering stack of VHS tapes in black plastic clamshell cases.

The rest of the weekend would be spent holed up in my bedroom, binge-watching whatever bizarre assortment of films I'd selected. A double feature of All About Eve and The Texas Chainsaw Massacre? A marathon of The Godfather trilogy with Howard the Duck as a palette cleanser? Sure, why not!

Twenty years later, an eclectic film education is right at your fingertips, no VCR required.

hoopla, opens a new window (yes, it's all lowercase. And yes, it does pain me not to capitalize it!) is an exciting new service that we launched last December. Patrons can immediately stream or download titles from a vast collection of TV shows, music, comic books...and MOVIES!

At first glance, the film selection on their home page didn't look like much. But once I started exploring, I quickly discovered that hoopla is a veritable treasure trove of rare and long-forgotten films!

In an effort to save you some time sifting through hoopla's massive catalog (almost 300,000 titles in total), I'll be posting a few thematically curated lists of my favorite hoopla offerings. First up: 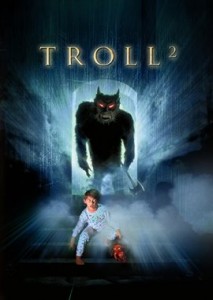 Where do I even begin to sell you on Troll 2? With the eminently quotable, ridiculous dialogue? The withering 6% rating on Rotten Tomatoes, opens a new window? The fact that the story behind its production inspired its own documentary, Best Worst Movie, opens a new window? Folks, this isn't just any bad movie; this is the Citizen Kane of bad movies. Consider yourself warned! 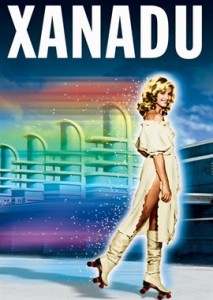 Sonny Malone, an out of work artist, gets a visit from Kira, an ethereal muse on roller skates played by Olivia Newton John. Through a series of campy, fun song and dance numbers with a soundtrack by the Electric Light Orchestra, Kira ultimately inspires Sonny to open a combination nightclub/roller rink called Xanadu. Don't be surprised if you suddenly get the urge to roller skate in a flowing white toga! 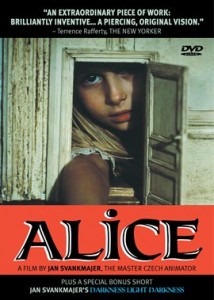 Alice in Wonderland has been adapted for the screen countless times, but you've never seen it like this before. Czech animator Jan Svankmajer's Alice takes this classic story and turns it into a surreal, haunting dreamscape populated by grotesque puppets and toys brought to life with stunning stop motion animation. 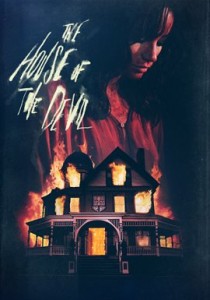 The House of the Devil, opens a new window:

This contemporary addition to the cult horror canon starts out like your average slasher flick: a cash-strapped college sophomore accepts a babysitting job from a mysterious family. But when she arrives at their home (a creepy Victorian mansion, naturally), she discovers that there is no baby.

A faithful homage to the horror films of the 1970s and '80s, The House of the Devil is a masterpiece of steadily mounting terror and excruciating suspense. Trust me, you don't want to watch this one alone.