What is National Hispanic Heritage Month?

National Hispanic Heritage Month (NHHM) started in 1968 with President Lyndon Johnson's support. Other United States presidents have expanded NHHM. In Spanish, we call it Mes de la Herencia Hispana. We celebrate NHHM in the U.S. between September 15 and October 15. During NHHM, we acknowledge the diverse contributions of Latinos to the United States.

How Does the King County Library System (KCLS) Celebrate NHHM?

This year we are celebrating NHHM virtually, with these great online programs: 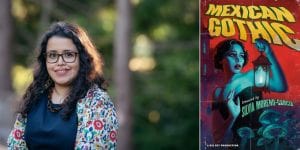 September 18 and 19: Sea Mar, in Seattle, is hosting several virtual events for Fiestas Patrias, which commemorates the independence of many Latin American countries.

Other Ways To Connect With NHHM at Your Library

You can also check out our booklists:

Get updates on the Bibliotecas King County Facebook page.