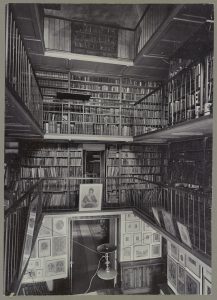 The most amazing stuff might be sitting on the bottom shelf, unnoticed except by those who make the effort to look for it. Wouldn't it be cool to prowl around a place like the Imperial Library of St. Petersburg, Russia? There's no telling what literary gems might be found there!

In the spirit of off-the-beaten-path reading materials, here are a few biographies actually found on the bottom shelf at one of our libraries. I looked for books about people who aren't necessarily famous -- just regular folks whose lives took an unusual turn.

If Donald Baxter MacMillan had not been there to organize boxing matches and thumb-wrestling contests, Robert Peary’s expedition to the North Pole might not have happened. Many interesting photos keep the pace of this book moving right along.

Not many people became millionaires in the mid-1800s, so Jeremiah Hamilton was in the distinct minority. The fact that he rose from, and faded back to, obscurity made him even more of an enigma.

Locked-in syndrome is more common in older adults who suffer a brainstem stroke (as in Jean-Dominique Bauby’s story, The Diving Bell and the Butterfly). This complete inability to communicate couldn’t happen to a 12-year-old boy with a sore throat, could it? And if it did, it wouldn’t take ten long years for the outside world to discover that he was still there. Would it?

Tony was one of two Asian kids growing up in a small town in Michigan. Yes, the other one was his brother. Tall, gangly, awkward beyond words – and these are the very traits that led him to become a plastic surgeon, to save lives from the heart out.