The dog days of summer are upon us, and you might be craving a break from all that outdoor frolicking. Why not spend a lazy summer afternoon bingeing old-school action movies? Streaming services Kanopy, opens a new window and hoopla, opens a new window are packed with some of the wildest and weirdest vintage action films you'll ever see. Here are just a few of my favorite schlocky classics from the pre-CGI era... 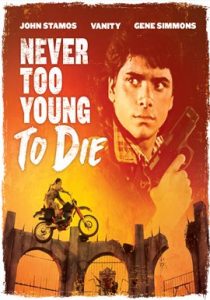 Never Too Young to Die, opens a new window

After the murder of his father by the evil Velvet Von Ragner, young gymnast Lance Stargrove (a baby-faced John Stamos) joins forces with a ferocious femme fatale (pop icon Vanity) to avenge his death. It's a bonkers tale of love, vengeance, and gymnastics! Revel in the sleazy synth soundtrack, and the scene-stealing performance from KISS frontman Gene Simmons as the glamorous and deranged Von Ragner! 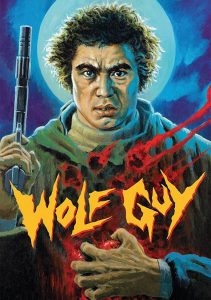 Akira Inugami is a news reporter and the only survivor of an ancient clan of werewolves. After several young men die in a series of grisly attacks, Inugami soon discovers that the killer is an invisible ghost tiger! And the tiger is controlled by a nightclub singer with psychic powers! As he delves deeper into this mystery, he finds himself in the clutches of a sinister organization that has other plans for him. Sonny Chiba stars in this dizzying mash-up of a genre film, with nods to supernatural horror, crime thrillers, and martial arts. 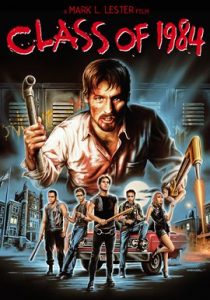 Young music teacher Mr. Norris takes a new job at an inner city high school. But the school is a graffiti-covered hellscape ruled by a gang of punk rockers! After he gets on the wrong side of the gang's vicious leader, things get real bad, real fast. Mr. Norris soon becomes a one-man army on a mission to defeat the lawless band of adolescents. Class of 1984 manages to stand out from other punk exploitation films of its era with skilled acting and a bracing sense of style. 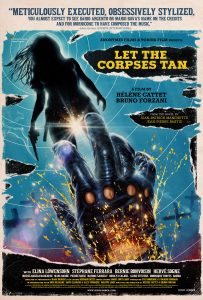 Luce is an eccentric bohemian woman who lives in a remote coastal villa. She spends her days painting, sculpting, and smoking cigars. But her reverie comes to a crushing end one afternoon when two of her thuggish acquaintances show up with a truckload of stolen gold. Soon, her idyllic home soon becomes the site of a kaleidoscopic, blood-spattered shoot-out. This technicolor homage to spaghetti westerns and 1970s Italian crime cinema is too intoxicating to miss! 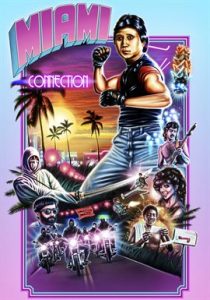 The year is 1987, and a ruthless band of ninja bikers has cornered the central Florida cocaine trade. But these bad guys are no match for Dragon Sound, a rock band of crime-fighters who all have black belts in Taekwondo. And that's about as much of a plot as one can discern from this oddball gem! This passion project of producer, star, and actual Taekwondo black belt Y.K. Kim may be lacking in storytelling and cinematic artistry. But it more than makes up for it with its energy, verve, and heartfelt execution.